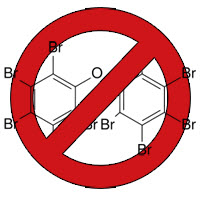 Derogation for recycled material must be included, says industry

A European Parliament proposal to set a concentration limit for the flame retardant decaBDE in substances, mixtures and articles, would put a stop to plastics from vehicles and electronics being recycled in Europe, according to recycling industry association, EuRIC.

The proposal, posted on the Parliament’s website, has been forwarded to the European Commission as it considers plans to recast the persistent organic pollutants (POPs) Regulation. The aim is to update the Regulation and align it with other EU legislation and the UN’s Stockholm Convention.

As a result, EuRIC says that should a concentration limit of 10mg/kg – as an unintentional trace contaminant for decaBDE – become mandatory under the POPs recast, recycling plastics from end-of-life vehicles (ELVs) and electrical and electronic waste (WEEE) will come to an end in Europe.

With 6 shows in one and over 300 of the industry’s leading suppliers, it’s a time efficient way to meet multiple suppliers and through our free-to-attend seminars, you can hear from the industry’s leaders, innovators and policy influencers. Make sure you stop by to see what's new at the Innovation Stage and join the debate by attending The Big Plastics Debate, hosted on both days of the show! Add to this a host of networking events and areas, and it all adds up to an unmissable event for the packaging industry.