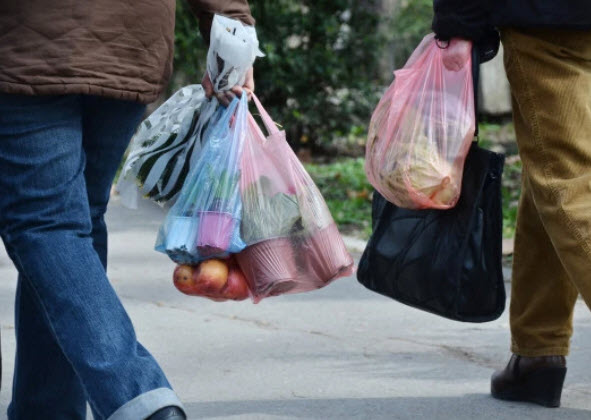 NY Post — As if grocery shopping weren’t enough of a hassle, it’s about to become even more inconvenient in New York — for no good reason.


State lawmakers may soon cave to the anti-plastic craze by passing a statewide plastic bag ban. In its zeal to jump on the anti-plastic bandwagon, the Legislature would force consumers to use alternatives that use up more resources and have been shown to endanger public health.


What will New Yorkers gain after being forced to relinquish one of the most useful inventions of modern times? Alternatives include potentially disease-ridden reusable bags or those hard-to-carry, commuter-unfriendly paper bags that fall apart in the rain and use more energy in the production process than their plastic counterparts.


A study conducted by researchers at the University of Arizona and California’s Loma Linda University in 2010 measured bacteria in a sample of reusable bags, finding many containing dangerous ones, such as coliform (found in half the bags) and E. coli (found in 12 percent of bags).


Pathogens can develop from leaky meat packages as well as unwashed produce. And consumers reported that they rarely wash the bags, according to the study.


The consequences of such contamination can be serious. After San Francisco banned plastic bags in 2007, the number of emergency room visits for bacterial related diseases increased, according to a study conducted five years later by legal scholars at George Mason University and the University of Pennsylvania.


“ER visits spiked when the ban went into effect,” the study explained. “Relative to other counties, ER admissions increases by at least one fourth, and deaths exhibit a similar increase.”