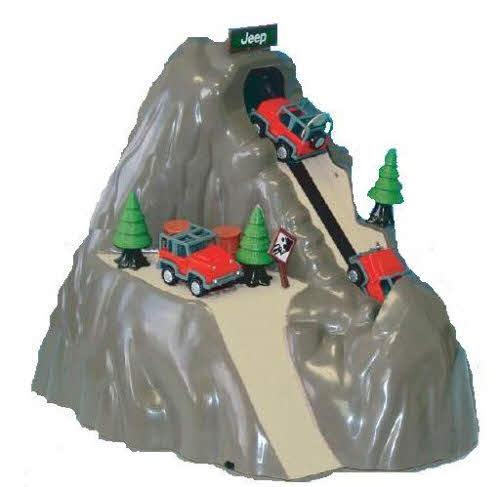 By Peter Murphy — March 23rd, 2019 — “Plastics… There’s a great future in plastics.” So said “Mr. McGuire” to Dustin Hoffman’s character, Ben Braddock, in The Graduate. Indeed, Mr. McGuire was prescient. In more than half a century since he gave his succinct advice, plastic products have become ubiquitous and cheap thanks to a super-efficient global supply chain system from manufacture to consumption.

We are now at the point where “the entire planet is being wrapped in plastic,” writes Jack Buffington, in his recent book Peak Plastic, released earlier this year. “There is no part of the world that is free of plastic waste” as a result since only 7 percent of it is recycled, he writes. Over a few generations, plastic use has become a “marketing marvel and, at the same time, a planetary crisis.” Since just prior to World War II, annual plastic use has grown from 2 million tons to 380 million tons today.

Buffington is Professor of Supply Chain Management at University College and the Daniels College of Business at the University of Denver. He also is responsible warehousing and fulfillment at Miller/Coors beer, and authored several other books including The Recycling Myth.

In Peak Plastic, Prof. Buffington documents the pervasiveness of “our synthetic world,” which he acknowledges has contributed to economic growth over decades such that billions of people globally have been pulled out of poverty. He also, however, documents the mounting waste and environmental damage from plastic disposal, particularly in the oceans; and its potential negative health effects on humans. Buffington predicts that by 2030 the world will reach “peak plastic” when the marginal benefit of plastic use to society will be less than its detrimental cost to the environment.

The book reminds us that plastic has become such a part of our lives, we can forget how it really surrounds us in products we use every day, all day, from dressing to washing to eating to using a laptop, driving a car and much more. Plastic is everywhere useful, but soon its waste build-up and leaching will overcome us, Buffington believes.

At present, plastic has little use or value after it’s used, and even recycling at a greater rate is unrealistic and of little help, according to Professor Buffington. He is so alarmed by this coming of the plastic “tipping point” that he sounds at times like Sterling Hayden’s character, “General Jack D. Ripper,” in Dr. Strangelove. Plastics thrown away after use can last for hundreds of years and will result, Buffington writes, in “the mass infiltration of additive chemicals left to leach uncontrollably through trillions of individual articles into the oceans, rivers, lakes, groundwater, land, wildlife and our bodies.” (emphasis mine).

While plastic products surround us, their actual health hazard to humans is debatable. Buffington believes while there are grave health risks, he admits more needs to be learned since many studies of the health impact of plastics are inconclusive.

With advances in scientifically measuring minute particles of chemicals and substances, we’ve come to learn that the food we eat, the water we drink and the air we breathe contains a lot of unpleasant, even harmful substances that, if present in much larger amounts, might be harmful.

Peak Plastic mostly identifies the resulting problems of the exponential growth in plastic use globally, but it also offers solutions without government edicts, or even upsetting our economic lives and routines. Indeed, Prof. Buffington makes a compelling case that more should and can be done to manage the disposal and potential reuse of plastics with emerging technologies by reordering the global plastic supply chain system to link industry synergistically with the natural world. Importantly, in solving the growing problem of “peak plastic,” he does not present a zero-sum choice as other prominent environmentalists so often do by, for example, proposing to curb carbon emissions through expansive command-and-control government over the private economy and lowering living standards.

Manufacturing Day is an incredible opportunity to showcase the amazing work manufacturers do on a daily basis and to educate students, community members, media and policymakers on how integral manufacturing is to the local, national and global economy.