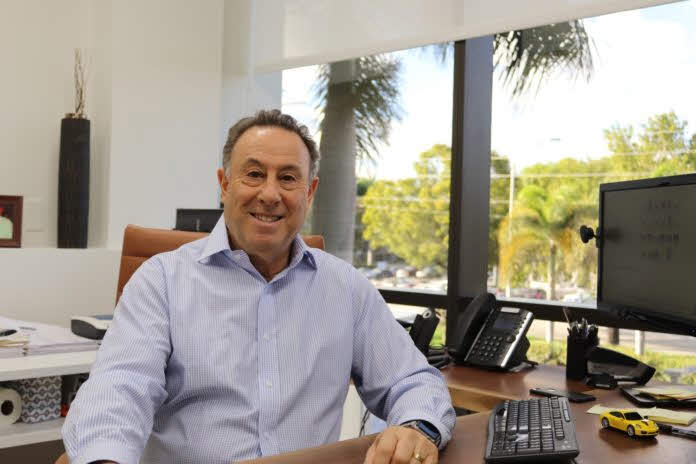 Tiger Packaging — Boca Raton, Florida — Peter Horwitz was rather quietly building his Tiger Packaging company when the Plastic Straw Convulsion hit late last year: American consumers rather suddenly were rejecting the idea of plastic straws to sip their Cokes because they were ending up as ocean waste, and plastic straws are a staple provision of Horwitz’s Boca Raton, Florida-based foodservice supply company.

But Tiger Packaging took the image hit to plastic straws in stride, and Horwitz has continued to promote the availability of more eco-friendly alternatives to full-plastic straws and other forms of packaging. In the meantime, the rapid turn of events has given him new appreciation for how significantly – and abruptly – the changing tides of public opinion can disrupt an entire industry.

“The issue itself isn’t new; our industry is very familiar with recycled and biodegradable products,” Horwitz told Chief Executive. “But for 10 or 15 years our primary requestors [for plastic-straw alternatives] were government-based institutions such as school districts and universities” whose public mandate included more earth-friendliness. For private clients, on the other hand, the packaging business is “all price-based.”

“Fast forward to last year, and suddenly we had much larger consumer awareness, and this thing just exploded,” Horwitz recalled. Paper-straw makers began to drop prices as they scaled up to meet demand – but then booming demand outstripped their capacity. All the players, including Tiger Packaging, have been scrambling to stabilize the supply chain.

While the immediate drinking-straw disruption is still being worked out in the marketplace, Horwitz and other CEOs are trying to differentiate important long-term changes from publicity-driven blips. Among the vagaries are the fact that the overwhelming preponderance of plastic waste in the oceans is generated by Asian, not American or other western, consumers.

Meanwhile, Horwitz has continued to push Tiger Packaging to offer its customers all manner of earth-friendly forms of retail packaging including bags, tape, utensils, cups, cutlery and napkins, as well as straws. One increasingly popular choice is straws and cups made from polylactic acid (PLA), a bioactive thermoplastic derived from renewable resources such as corn starch, cassava root or sugarcane. Standard PLA is bio-based, compostable, transparent and recyclable.

Cosmetically, Horwitz conceded, PLA straws in today’s vintage aren’t as visually or tactically attractive as a shiny, crisp, stiff yet flexible plastic sipping cylinder. But the environmental advantages are huge.

“You’re able to imitate plastic but instead of using natural gas or oil as a petroleum base to create ethylene” as a raw material, “you use corn starch,” Horwitz explained. “And PLA straws are a much better product than paper straws in terms of actual application. You don’t have the problem of the straw separating or coming apart.”

Maybe the biggest advantage of PLA straws in this era of hyper focus on plastic wastes is that the materials break down completely, avoiding the generation of the ocean-borne “microbeads” of plastic that have become part of the global food chain and thus have become one of the most objectionable scourges of the world’s dependence on plastic.

The growing demand to reduce plastic waste is why Horwitz favors a greater industry and public emphasis on recycling plastic over all alternatives. More recycling would withhold more plastic wastes from the oceans and from landfills, where they hardly break down.

“I’m a far bigger believer in recyclable products than biodegradable” he said. “Recycled product is taking less virgin [hydrocarbons] out of the environment and putting less of that material back into the environment. We’re recycling what’s already out there.”