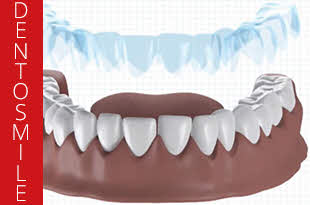 France — Since it was acquired by Groupe Gorgé in 2013, Prodways has been growing and transforming at a rapid pace, developing new 3D printers and materials while acquiring numerous smaller companies and expanding its product portfolio. All the while, some have been wondering when Groupe Gorgé’s own technology, including robotics, would come into play.

Though there may have been other aspects of Group Gorgé’s tech under the hood of Prodways printers, it is with this latest announcement by the French 3D printer manufacturer that we are beginning to see how robotics will reshape Prodways and, potentially, the 3D printing industry as a whole. At the IDS dental trade fair, the company unveiled a roadmap for the automated production and shipment of clear dental aligners made with 3D printing.

Prodways is already involved in the dental market with its MOVINGLight ProMaker L series of 3D printers, and makers of invisible aligners have long used 3D scanning and 3D printing to produce molds for thermoforming custom aligners. Prodways leverage of Group Gorgé’s robotics expertise will help to automate the entire process, from 3D scanning to printing to thermoforming and packaging.

Aspects of the workflow are already available, specifically software for performing intraoral scans and the ProMaker LD10 and LD20 3D printers, which the company suggests are capable of producing “55 dental models” in an hour. Yet to be released is an automatic build platform loader/unloader module, to be released in summer 2019. This module is meant to provide eight hours of continuous production completely automatically.

In Q4 of this year, a “semiautomatic thermoforming and marking module” will be released, which will reportedly be capable of trimming, polishing, packaging and shipping (though these last two features are described as optional). With this setup, Prodways suggests that it will be possible to produce 1,200 aligners a day over three shifts.By next year, a “fully automatic thermoforming and marking module” is planned, which will be able to make 2,250 aligners daily.

These last two versions of the setup will consist of two or more 3D printers that will use a whopping two tons of materials every year. To get a sense of what that means from an environmental perspective, read our article on 3D printing plastics.

The International Home + Housewares Show features more than 2,200 exhibitors and is located at McCormick Place Exposition Center in downtown Chicago. Take advantage of the numerous Show services that are offered to make your experience as productive as possible. Visit the onsite News Center, stay at one of the many world-class hotels located within minutes of the Show's doors and be sure to utilize free bus transportation to and from the Show each day.