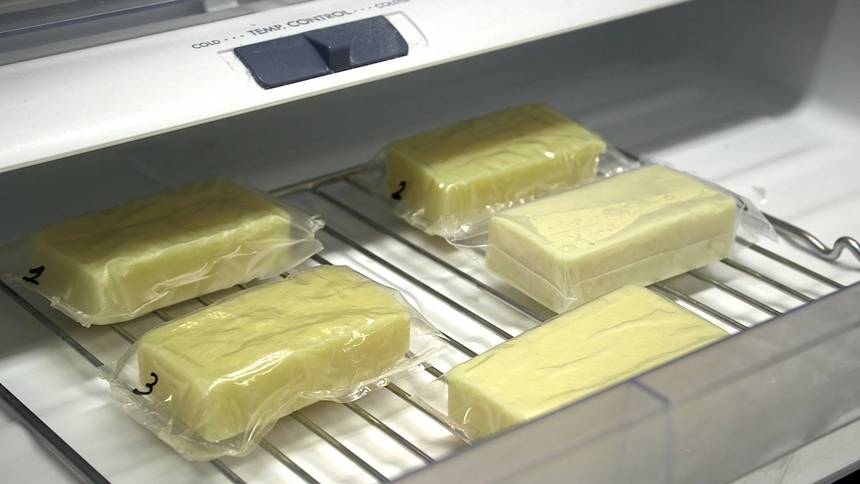 treehugger.com — Thanks to the availability of cheaply produced plastics, we’re rapidly contaminating every square inch on earth with this material, and while it’s possible to ditch some, if not most, plastics from our lives through making careful choices, there are some places where stretchy transparent films are almost impossible to avoid, such as food packaging. And considering that reducing plastic packaging seems to be an ecological imperative if we ever want our future culture to get anywhere near sustainability, either we need to revamp our entire food system (which is a great goal, but also a monumental task), or we need to find better alternatives to these single-use plastic films.


Researchers at the US Department of Agriculture (USDA) may have found one solution, in the form of a milk-based film that has been shown to be up to 500 times better than conventional plastic films at keeping oxygen away from the foods wrapped in it, and “because they are derived from milk, are biodegradable, sustainable and edible.” According to the American Chemical Society, this new casein-based film forms a tighter network (than other biodegradable films) when polymerized, which could lead to longer shelf life of the foods packaged in it, and in turn, to reduced food waste.


The researchers developed an earlier version of the film using pure casein, but found that it was “relatively hard to handle” and dissolved in water too quickly. The addition of citrus pectin to the casein, along with some other improvements, led to a stronger material that was also less susceptible to humidity and high temperatures. The press release says that although the material is edible, the casein-based film “does not have much taste,” but that other additives such as vitamins, flavorings, probiotics, and other ingredients could be incorporated into it in the future.


The new film could also be applied as a spray to the inner linings of other packaging materials, such as pizza or cereal boxes, to replace the recently banned perfluorinated coatings, in order to serve as a safer, as well as biodegradable, alternative.