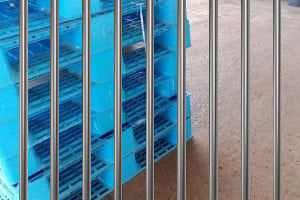 Jorge Villalobos, 41, and Hugo Guzman, 40, each pleaded guilty to conspiracy to commit conversion of government property and conspiracy to launder money. The men are president and vice president, respectively, of Go Green Industries, a Riverside, Calif. plastics reclaimer.

Judge Manuel L. Real, a judge in U.S. District Court for the Central District of California, sentenced Villalobos on April 2 and Guzman on July 19. In addition to receiving prison time, they were ordered to pay $3.4 million in restitution.

According to a press release from the U.S. Attorney’s Office, the restitution, which is the largest amount ever ordered for theft of U.S. Postal Service property, has been paid in full.