What if plastic could cure cancer? 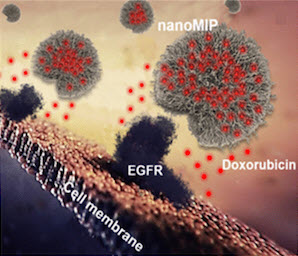 Moscow – Plastics Today — I’ve heard people in the plastics industry say things like, “Even if plastics could cure cancer, people would hate it.” Okay, so let’s see what people think of plastic if it really does cure cancer.


According to an article, “Polymer Antibodies Efficiently Target and Eliminate Cancer Cells,” from the Moscow Institute of Physics and Technology (MIPT), a joint research team from Russia and the United Kingdom has demonstrated the possibility of developing new types of anti-neoplastic drugs based on nanoMIPs, or “plastic antibodies.”


These nanoMIPs are “synthetic polymers that can function as antibodies, selectively binding to target proteins on the surface of cancer cells.” This finding could be a “paradigm shift” by bringing a high level of “specificity” to treating cancer, said the article. Typically, the big drawback to most cancer treatments is that they are not very good at targeting the cancer cells specifically. The result is that most treatments kill off everything—the good and the bad—often making the treatment as harmful as the disease itself.


Advances in cancer research have led to a better understanding of the molecular mechanisms and the primary agents responsible for tumor development. “New findings have enabled novel anti-neoplastic drugs that can distinguish between healthy and cancerous cells by acting on specific molecular targets,” said the article.


The research was carried out by an international team from the University of Leicester, University College London, the Institute of Cytology of the Russian Academy of Sciences and the Moscow Institute of Physics and Technology. The results of the study were published in Nano Letters.