How the ethane molecule changed the Gulf Coast — and the world 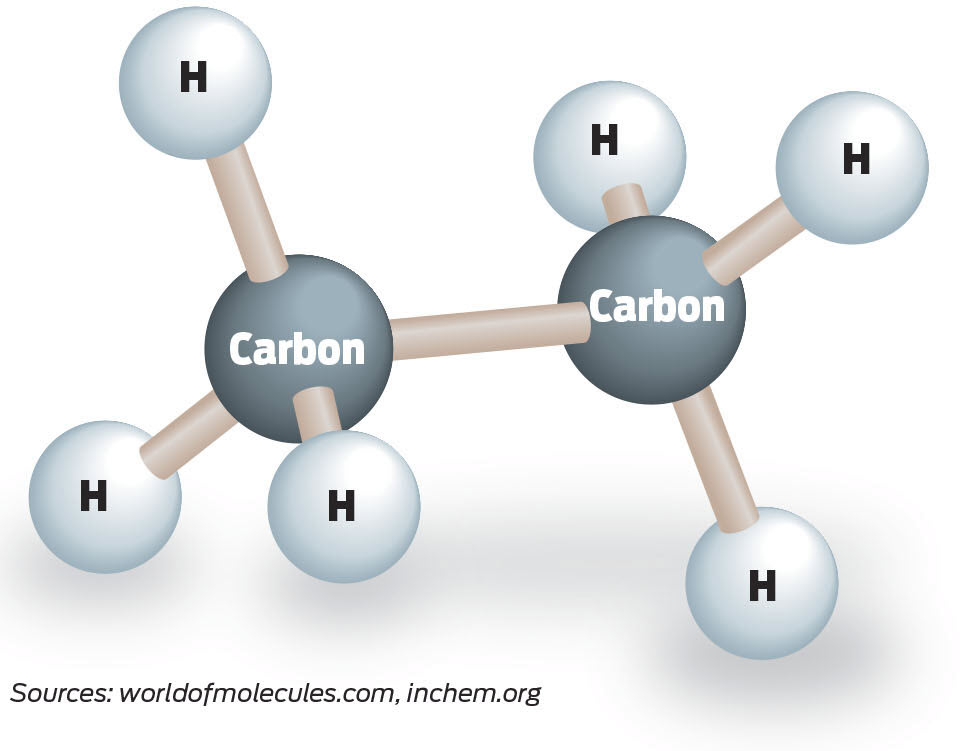 Houston Chronicle — Working in nearly 100-degree heat, sweating through mud-stained coveralls, four roustabouts wrestled with 30-foot sections of pipe that would follow a drill bit plunging some 13,000 feet into the earth, then turning nearly 90 degrees to chew through another 10,000 feet.


Over the next few weeks, the well would be drilled, fracked and completed, freeing molecules of hydrogen and carbon that would rush through fissures in the dense shale rock and flow through the well as natural gas. But accompanying the natural gas particles was another, more complex molecule, containing two atoms of carbon each attached to three atoms of hydrogen.


That molecule, described chemically as C2H6, is transforming the Gulf Coast economy and reshaping global markets, from Europe to the Middle East to Asia. Known as ethane, the molecule is the catalyst for the petrochemical boom that has attracted tens of billions of dollars of investment, created tens of thousands of construction and manufacturing jobs, expanded exports, and fed the growing demand for consumer goods in China, India and other developing nations.


The impact of ethane is perhaps the most remarkable development in the remarkable story of the shale revolution. Less than three years ago, ethane was a largely unwanted byproduct of oil and gas drilling, much of it burned away in the natural gas stream flowing to power plants, businesses and homes, or flared off at well sites.


See the ‘Source Link’ for the full article and the ‘Similar News Links’ below for more posts on this general topic.


Part Three – From Houston to Asia and back, ethane’s final form is packaging


Sand, water, and horsepower: Welcome to the year of the fracker