Exports to Thailand collapse after ban 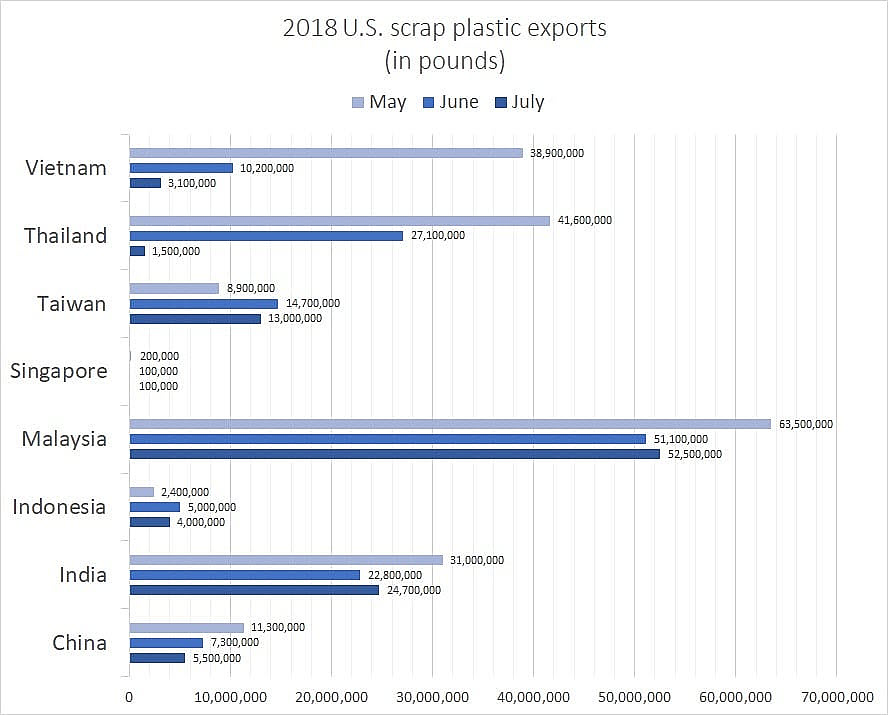 Thailand — A Thai policy restricting the import of scrap plastics has proved effective. U.S. scrap plastic exports to the country dropped by 94 percent after the ban took hold.


The latest export figures were released Wednesday by the U.S. government.


Thai authorities in late June announced they would halt scrap plastic imports amid a rising volume of material stuck at ports. In late August, the government described plans to make the ban permanent within two years.


Overall, U.S. exporters sent 203.1 million pounds of scrap plastic to Thailand from January through July, up from 15.5 million pounds during that period in 2017.


The July 2018 figure is by far the lowest volume shipped from the U.S. to Thailand this year.