Finland — Neste aims to use plastic scrap as fuel feedstock 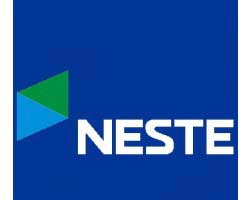 Neste, a Helsinki-based producer of what it calls renewable diesel, announced June 18 that it is exploring ways to introduce liquefied plastic scrap as a raw material in fossil fuel refining. The aim of the development project is to proceed to an industrial scale trial during 2019. The company’s target is to process more than 1 million tons of plastic scrap annually by 2030.

“Neste has been ranked the world’s second-most sustainable company, and we are already the world’s largest producer of renewable diesel from waste and residues. Our target is to also be a leader in low-carbon refining and support the circular economy by developing innovative solutions based on [scrap] plastic,” says Matti Lehmus, executive vice president of Neste’s Oil Products.

Using plastic scrap as a raw material would increase material efficiency, reduce crude oil dependency and lower the carbon footprint of products based on such raw material, the company says.

In Europe, some 27 million tons of post-consumer plastic scrap is generated annually. Only about one-third of this amount is currently collected for recycling.

Reaching industrial scale production of products from plastic scrap still requires development of technologies and value chains. To accelerate development, Neste says it is looking for partners across the value chain, for example in waste management and technology.