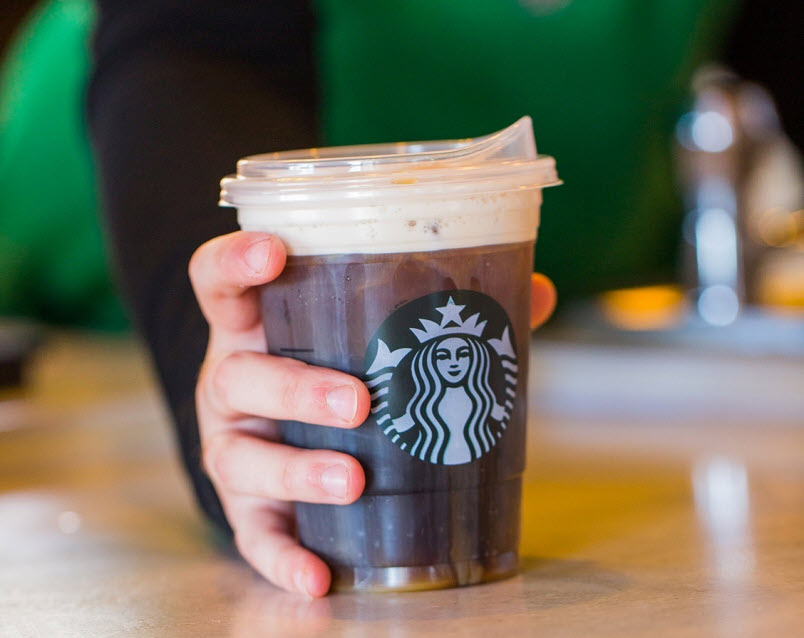 2018 will forever be remembered as the year that hating plastic straws went mainstream. Once the lonely cause of environmental cranks, now everyone wants to eliminate these suckers from daily life.

In July, Seattle imposed America’s first ban on plastic straws. Vancouver, British Columbia, passed a similar ban a few months earlier. There are active attempts to prohibit straws in New York City, Washington, D.C., Portland, Oregon, and San Francisco. A-list celebrities from Calvin Harris to Tom Brady have lectured us on giving up straws. Both National Geographic and The Atlantic have run long profiles on the history and environmental effects of the straw. Vice is now treating their consumption as a dirty, hedonistic excess.

The coffee giant says that by 2020 it hopes to have eliminated all single-use plastic straws at its 28,000 stores worldwide. It will now top all its cold drinks with fancy new strawless lids that the company currently serves with its cold brew nitro coffees. (Frappuccinos will still be served with a compostable or paper straw.)

Yet missing from this fanfare was the inconvenient fact that by ditching plastic straws, Starbucks will actually be increasing its plastic use. As it turns out, the new nitro lids that Starbucks is leaning on to replace straws are made up of more plastic than the company’s current lid/straw combination.