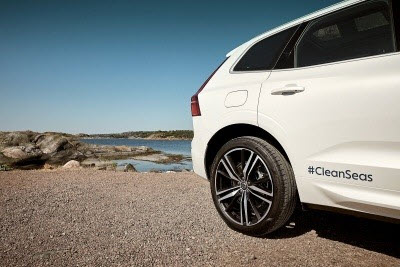 Volvo Cars has announced its aim of ensuring that, from 2025 onwards, at least 25 per cent of plastics used in every new Volvo car will be made from recyclable materials.

The company has also called on suppliers in the automotive industry to collaborate more closely with car manufacturers, with an aim to developing components that are more sustainable, particularly with regard to plastics.

To demonstrate the viability of this aim, the company displayed a purpose-built version of its XC60 T8 plug-in hybrid SUV during the Volvo Ocean Race stopover at Gothenburg, the home city of Volvo. The SUV looks identical to the current model, but has several plastic components which have been replaced with equivalents containing recycled materials.

SPE’s Automotive Innovation Awards program is the oldest and largest competition of its kind in the the automotive and plastics industries. Dozens of teams made up of OEMs, tier suppliers, and polymer producers submit nominations describing their part, system, or complete vehicle module and why it merits the claim as Year’s Most Innovative Use of Plastics. Applications must be on a commercially available vehicle by November 1st of the year in which a nomination is submitted.